Senran Kagura Burst Re:Newal is a remake based on 3DS title Senran Kagura Burst, released in 2012. Classic 2.5D brawler game makes back in full 3D full of new additions and brings us a story that will tell you how everything started.

But before I go further, let me ask you if you’re a fan of bouncing “melons”, female ninjas, and of course fights that will rip off almost everything from your character. Basically you need to love fan service!
If yes, then you’re in the right place, this game is for you and you should find the whole “Senran Kagura” series, interested.
If this is not what you’re looking for but you can live with fan service, let me tell you about this game so you can give it a chance.
Let me assure you, this is a really good game. Senran Kagura series become very popular outside of Japan. Beautiful female ninjas, a lot of fun, fights, fan service, clothes, and more… 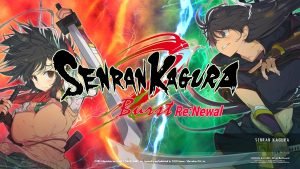 Senran Kagura Burst Re:Newal is a remake that offers a 3D brawler which requires you to defeat waves of opponents and using different characters available in a game.
In addition, the game has nice Visual Novel elements and professional Japanese voice acting which will allow you to touch the story and learn everything about a group of female ninjas and their quests. All of that will give you lots of hours of play.
Senran Kagura offers good story mode full of nice cutscenes for everyone who wants to defeat thousands of opponents and strip them from their clothes and reveal what’s underneath – if you ask what = bikini outfit.

At a very beginning we can choose between two modes, which are referred to as a fraction in a game:
Ultimate Shadows: Story suitable for newcomers to Senran Kagura series and Burst: A different story, from the perspective of the evil shinobi.
Both modes feature 41 episodes per each.

But what we can learn about Senran Kagura world. The game offers two stories for each fraction. And they are connected. We have two sides: good shinobi [Hanzo National Academy] and evil shinobi [Hebijo Clandestine Girl’s Academy]. You could think that this is a simple principle where good is good and evil is evil. But nothing is that simple.  You can come to a conclusion where both sides share similar desires. What makes them different is that good shinobi has a proper work where evil shinobi doing work similar to mercenaries.
All characters in a game, play an equal role. Our fighting shinobi need to learn how to use their power and do a lot of missions. Each girl has a different style, different secret attack, and of course different transformation – this transformation makes me thing about old good Sailor Moon [yes, the old one, not Crystal]. 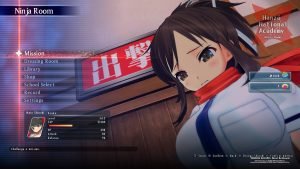 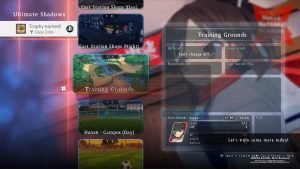 If we know basic details about the story, what about characters?

Senran Kagura Burst Re:Newal shares the same amount of characters as the original title. We have 10 ninja girls, 5 on each side.
Hanzo National Academy: Asuka, Ikaruga, Hibari, Yagya, Katsuragi
Hebijo Clandestine Girl’s Academy: Homura, Mirai, Yomi, Haruka, Hikage
All our characters share the same base of skills. But of course, each of them got their own fighting style and unique animations.
Some of the characters can increase their own damage, some use extra accessories. But of course, everything comes to transformations – we like transformations because here we can find more than this game have to offer.

What I found a little bit boring is fighting some of the bosses. Not every one of these fights looks exciting. They’re mostly repetitive, and they come down to attacks that you have to send into designated markers. Besides that, the regular fighting system is fast and feels more like Devil May Cry or other brawlers.

What you can do when you finish story mode?

There are few ways to extend the fun with this title.
You can choose between: 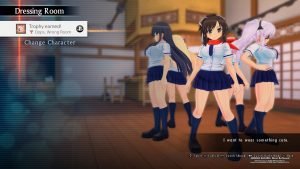 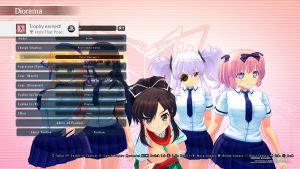 Worth to say that game offer only single-player mode. There is no multiplayer in any style, what I mean online or co-op. So if you want to play with your friends, punch a bunch of opponents or strip your characters, you need to forget about this. Because Senran Kagura is a one-player, lonely experience.

I forgot. Playstation 4 users must be ready for small censorship. Unfortunately, Sony decides to censor some parts of this game. Where version available on Steam, has no such issues.
One big cut off from PS4 is only Intimacy mode, everything else is untouched. Honestly, this is weird, because for this amount of fan service and game rating [UK – 16 / US – M 17+] game is ready for that, but this is Sony, they like to censor games.

There is a lot of fan service behind this game and I understand not everyone may find it interesting because of that. But I believe you should at least, try it and give it a chance.
These days, games that are full of fan service and freely highlight boobs, can be found full of controversy outside of Japan. There are people who love them and people who hate them.
I can understand that. Because of these differences between Japan and the outside world, the first original game that was released on 3DS in 2011 wasn’t available in other countries. The first fully global release had a place in 2014. Luckily Burst Re-Newal was released in slightly better times. 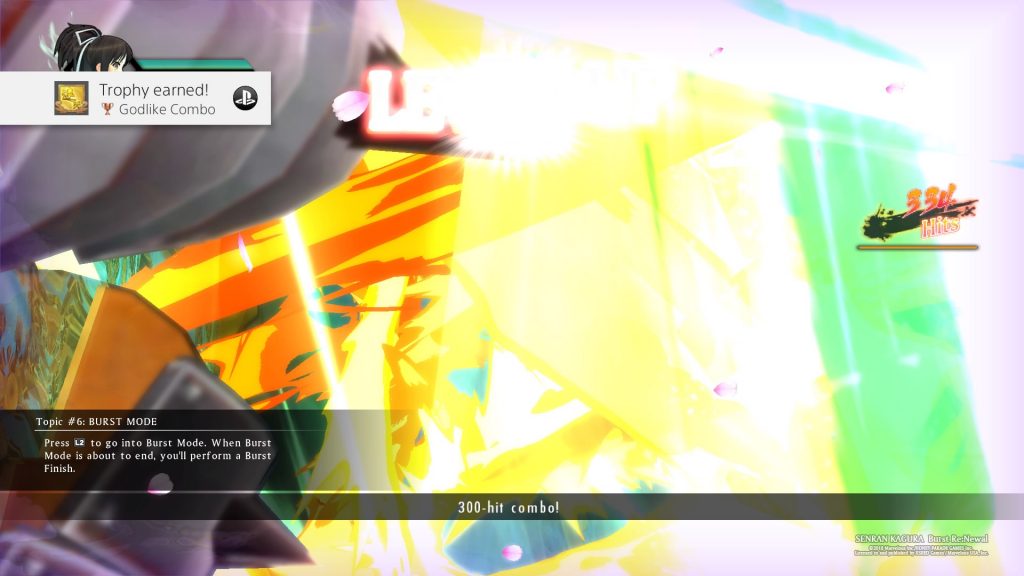 In the end.
Would you like to know how the original game series been born?

Senran Kagura game designer: Kenichiro Takaki one time decide to share on official game site: “what will inspire players to buy game”.
Quoting him based on Kotaku translation:

“I started to think about what I wanted to see in a game on the Nintendo 3DS and within thirty seconds, I came up with it,” he writes. “It was boobs.”

So clearly you can see, what the game really is and why it sells so well in Japan and beyond.

Summary
Senran Kagura Burst Re:Newal is a solid remake from 3DS. This brings us original series packed with new fight style and fresh take on the original game. Despite the fact that the game is full of fan service [not everyone likes girls with bouncing elements on a screen], this is a good entry for newcomers and old fan series. Although it is not Estival Versus - which is one of the best in my opinion, still needs to remember that Burst Re:Newal is a remake. Of course, sometimes you can find it repetitive and lack of consistency. But let's be honest, this game is about something different, you know what I mean ;)
Good
Bad
8
Great 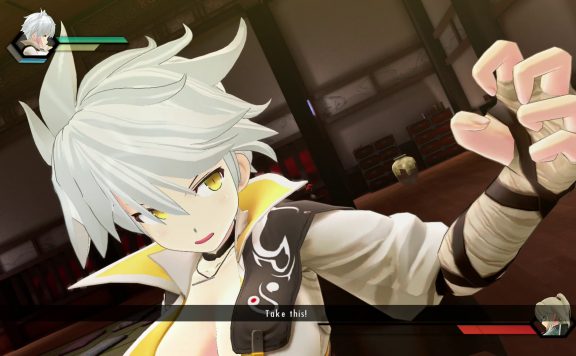 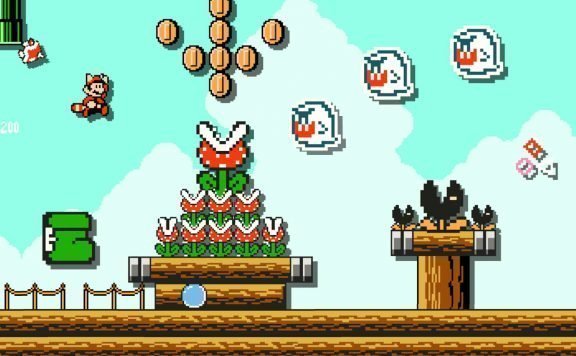 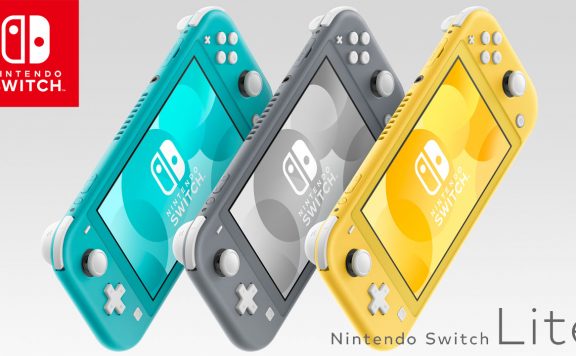