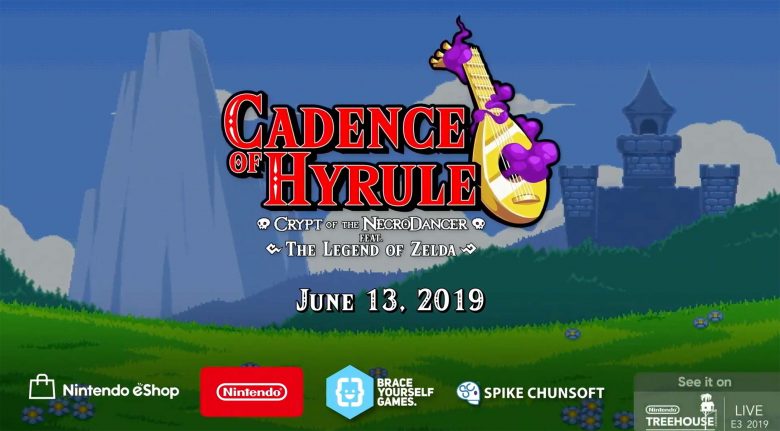 During today’s Nintendo Direct, Nintendo announced release date for Cadence of Hyrule.
Be ready keep the beat as you play as Cadence, Link or Princess Zelda, this Thursday.

In the latest rhythmic action-adventure from Brace Yourself Games, you can enjoy the gameplay of Crypt of the NecroDancer in the setting of The Legend of Zelda series. As Link—or even as Princess Zelda—you’ll explore the randomly generated overworld and procedurally generated dungeons on a quest to save Hyrule. Every beat of each remixed Legend of Zelda tune is a chance to move, attack, defend, and more, so stay one step ahead of each enemy and boss…or face the music.

Cadence of Hyrule: Crypt of the NecroDancer Ft. The Legend of Zelda will release exclusively on Nintendo Switch worldwide on June 13th