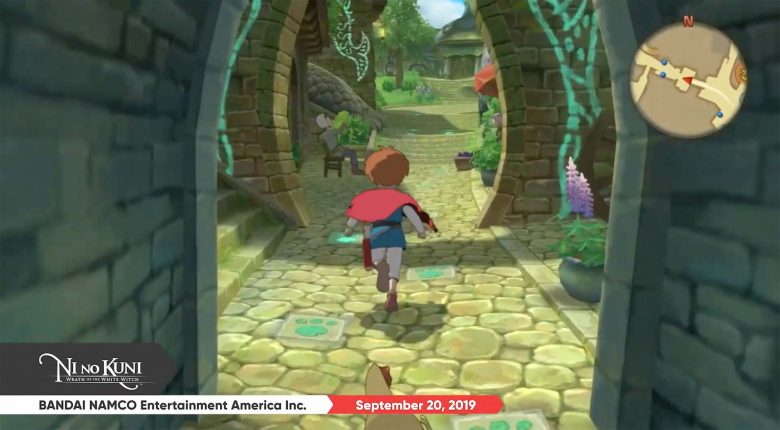 Ni no Kuni: Wrath of the White Witch has been announced at today’s Nintendo Direct.

Ni no Kuni coming to Nintendo Switch and this is a port of existing game, released for PS3 back in 2013.
Remastered version coming to PS4 and PC the same time.

Ni no Kuni is jRPG created by Level-5 and story and animation from Studio Ghibli.

Ni no Kuni follows the journey of Oliver, a resident of Motorville. While trying out a new vehicle designed by his friend Philip, Oliver almost drowns, but is saved by his mother Allie; however, she immediately dies from heart problems after saving him. As Oliver cries, his tears cause his doll, a gift from his mother, to come to life and reveal itself as a fairy named Drippy, who tells Oliver that he is from another world where an evil wizard named Shadar took control. He also tells Oliver that each person from his world has a “soulmate”, a person that shares a link with someone in Oliver’s world, and that his mother looks very much like a great sage, Alicia, who was captured by Shadar. Realizing that Alicia must have been Allie’s soulmate, Oliver sets out with Drippy to travel to the other world and rescue Alicia in the hope that doing so will bring Allie back in his world.

Written by
OtakuGuru
Blogger, Gamer, YouTuber, Otaku, Poke-fan, Nintendo addict. Happy husband and proud father. Sharing knowledge and passion with everyone. If you have questions related to website please visit contact page.
Previous ArticleBanjo Kazooie are Raring to Go! in Super Smash Bros. UltimateNext ArticleThe Legend of Zelda: Breath of The Wild Sequel Is In Development