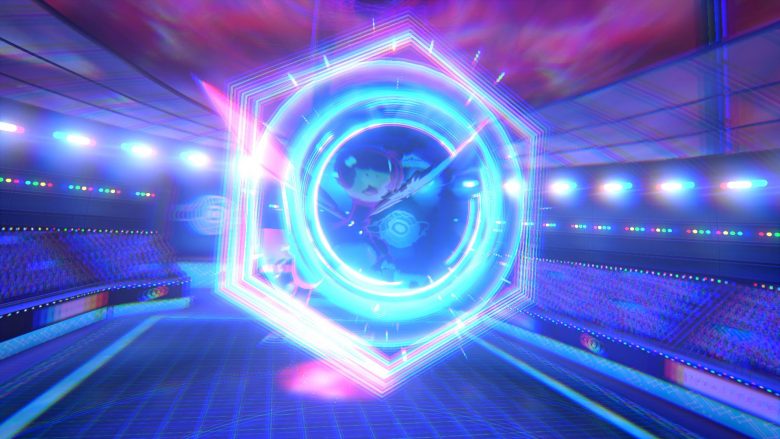 During Opening Ceremonies at Pokémon World Championships, The Pokémon Company International announced that Pokémon Sword and Pokémon Shield will be the official video games used for competitive play during the 2020 Play! Pokémon Season and shared new game features that fans can look forward to in the highly anticipated titles.

Besides we got a lot of new details from upcoming exclusive for Nintendo Switch – Pokémon Sword and Pokémon Shield. A lot of about battling, Dynamaxing and Max Moves, New Abilities and Items.

In the Battle Stadium, Pokémon Trainers can engage in Ranked Battles where they will face other Trainers and their Battle Teams from across the globe.

In Casual Battles, it’s not about who wins or loses—it’s about becoming a better Trainer.

Features like Online Competitions and Rental Teams will also allow players to connect with other Trainers in different ways.

Rental Teams enable Trainers to borrow Battle Teams by inputting IDs available online—or to make Battle Teams that they’ve put together available as Rental Teams to other Trainers all over the world. Up to five teams can be rented at once, and they can even be used in Ranked Battles. 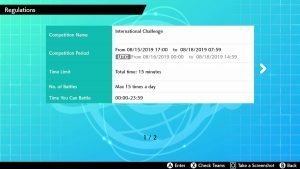 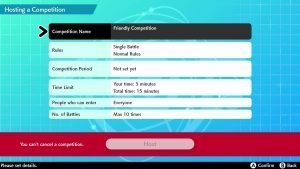 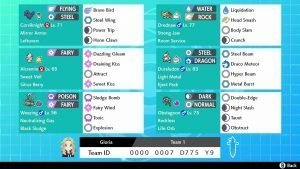 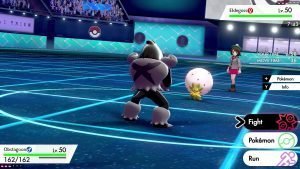 Dynamaxing and Max Moves
The Dynamax phenomenon not only makes Pokémon huge—it can also give them a boost in power and sway the course of a battle. The Max Moves that only Dynamax Pokémon can use aren’t just powerful but also have impressive additional effects. For example, the Water-type Max Move, Max Geyser, will trigger the rain weather condition, and the Fighting-type Max Move, Max Knuckle, will increase the Attack of all allied Pokémon.

In Pokémon Sword and Pokémon Shield, a Trainer’s Pokémon can Dynamax if that Trainer has the Dynamax Band. Pokémon do not have to hold a special item to Dynamax. This means Trainers can choose which one of their Pokémon to Dynamax depending on what’s happening in the battle, and they can even have their Pokémon hold items that boost their strength so they can unleash Max Moves that are even more powerful. 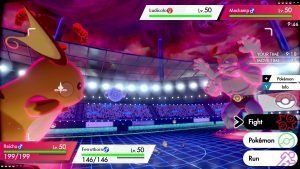 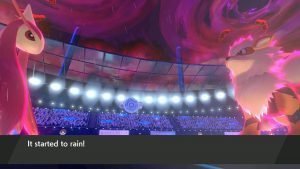 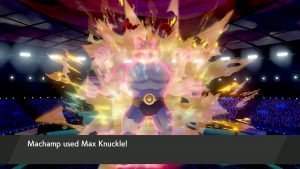 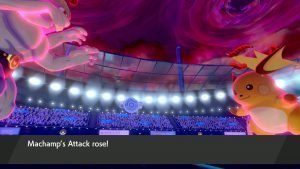 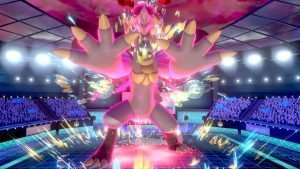 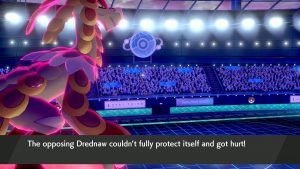 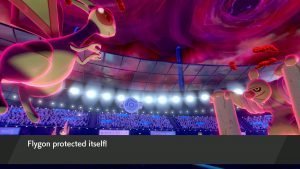 Some Pokémon have rare Abilities known as Hidden Abilities. In Pokémon Sword and Pokémon Shield, Pokémon caught in Max Raid Battles might have these Hidden Abilities. There is also a very small chance that Trainers will encounter a special Pokémon capable of Gigantamaxing in Max Raid Battles. While extremely rare, by attempting many different battles, there’s a chance they could even encounter a Pokémon that can Gigantamax and has a Hidden Ability. One such Hidden Ability is Corviknight’s Mirror Armor, which will bounce back any stat-lowering effects from an opposing Pokémon’s Abilities or moves.

New items that can be combined with specific moves to give Trainers an edge in battle will also be available in Pokémon Sword and Pokémon Shield. These items include Room Service and Eject Pack. When held by a Pokémon, Room Service will lower that Pokémon’s Speed when the move Trick Room is successfully used. When a Pokémon holding Eject Pack has any of its stats lowered, it will immediately switch out so another Pokémon can be sent in. 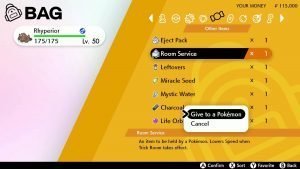 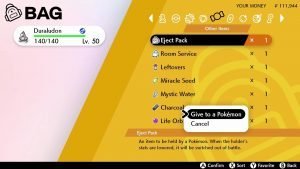 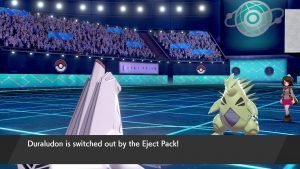 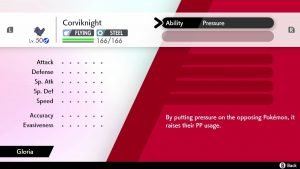 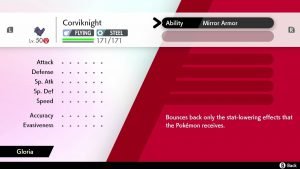 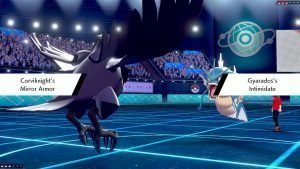