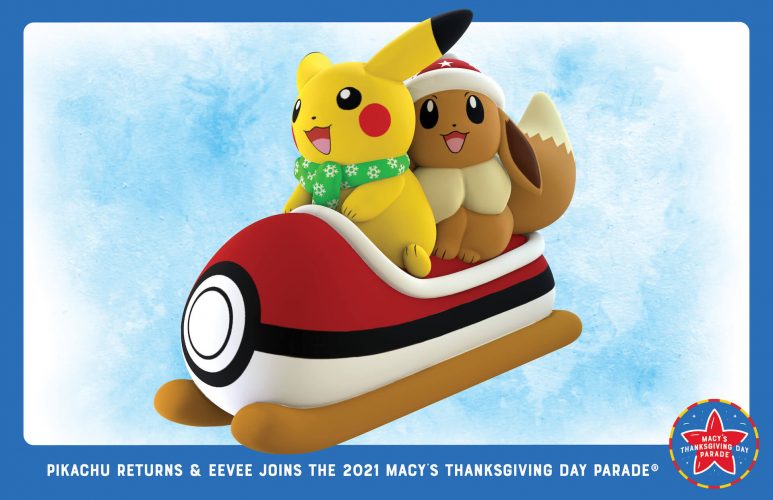 For the first time, Pikachu and Eevee will soar through the skies of Manhattan during the Macy’s Thanksgiving Day Parade. The two Pokémon will be featured on a giant Poké Ball-inspired sled and dressed in cold-weather apparel as they make their way high above the Parade route, helping fans and families welcome in the holiday season.

“Pikachu and Eevee are the perfect ambassadors to represent the fun and joy of Pokémon in this new balloon debuting during the brand’s 25th anniversary year,”

“Pikachu remains an icon of the brand, and its annual appearance in the Macy’s Parade has been delighting fans and families for decades. The introduction of Eevee, known for its unique Evolution abilities, is the perfect Pokémon friend to join Pikachu and represent the brand as we look to the future and all of the fun and adventures which are yet to come.”

Pokémon first appeared in the Macy’s Thanksgiving Day Parade in 2001, and three versions of a Pikachu balloon have been previously featured. The introduction of Eevee marks the fourth Pokémon balloon and the first time another Pokémon from the global entertainment franchise will join the iconic Electric-type Pokémon. Eevee is a Normal-type Pokémon that’s able to alter the composition of its body to suit its surrounding environment, allowing it to evolve into a greater number of variations than any other Pokémon. Eevee was one of the first 151 Pokémon discovered when the brand launched in 1996 and has become one of the most recognizable Pokémon in the franchise.

“The Pokémon balloon has become a mainstay of the Macy’s Thanksgiving Day Parade and one which fans and families look forward to year after year,”

“As Pikachu prepares to brighten the Parade route for the 21st consecutive year, we’d like to welcome Eevee to the Macy’s Parade as we look forward to them both delighting viewers for many years to come.”

The new balloon is another celebratory moment for Pokémon during its 25th anniversary year. The Pokémon Company International kicked off the massive anniversary campaign at the Macy’s Thanksgiving Day Parade in 2020 with a troupe of dancing Pikachu and Pokémon Trainers revealing the logo for the initiative, signaling to fans that it had big plans to celebrate 25 years of Pokémon in 2021. Since then, activations such as P25 Music and new offerings across Pokémon’s portfolio of video games, the Pokémon Trading Card Game, animation, merchandise, and more have been introduced to the brand’s millions of fans around the world. 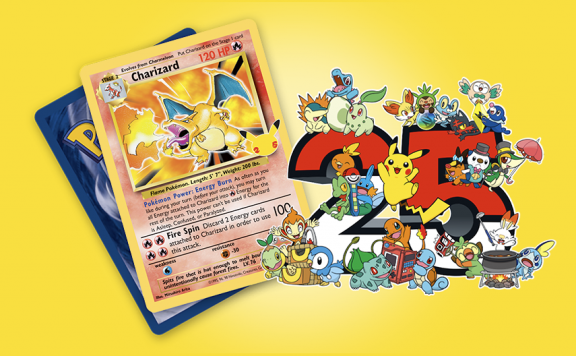