Kimetsu no Yaiba [jp. title] / Demon Slayer [eng. title] got quickly popular within Japan and in no matter of time around the whole world. Everything started with Manga and has been quickly adapted into Anime which was a big success. It didn’t take a long time for us to receive the first game: Demon Slayer: Kimetsu no Yaiba – The Hinokami Chronicles. CyberConnect2 is a Japanese studio responsible for this great entry as well as for games like a series of Naruto games – Naruto Ninja Storm, .hack, Asura’s Wrath, Tail Concerto. CyberConnect2 made great work with those games and they definitely did the same with their new entry. But is it a very good one, it is lacking something or maybe it is a reflection of an anime series? Let’s find that out.

Before I’ll expand my review about the game let me invite you into a world full of demons, swords, and Demon Slayer Corps – an organization that has existed since ancient times and dedicated its existence to hunt down demons. If that doesn’t sound appealing, let’s move on.
The story is about a young boy named Tanjiro, his sister Nezuko and a long way to become a Demon Slayer. All of that is because one demon slaughtered his entire family and turned one of his sisters into a demon.
Sound pretty rough, right?
But no worries, Tanjiro won’t be long alone on this journey and will meet some weird friends, powerful and normal. Besides that, he’ll get to fight with numerous amount of demons. 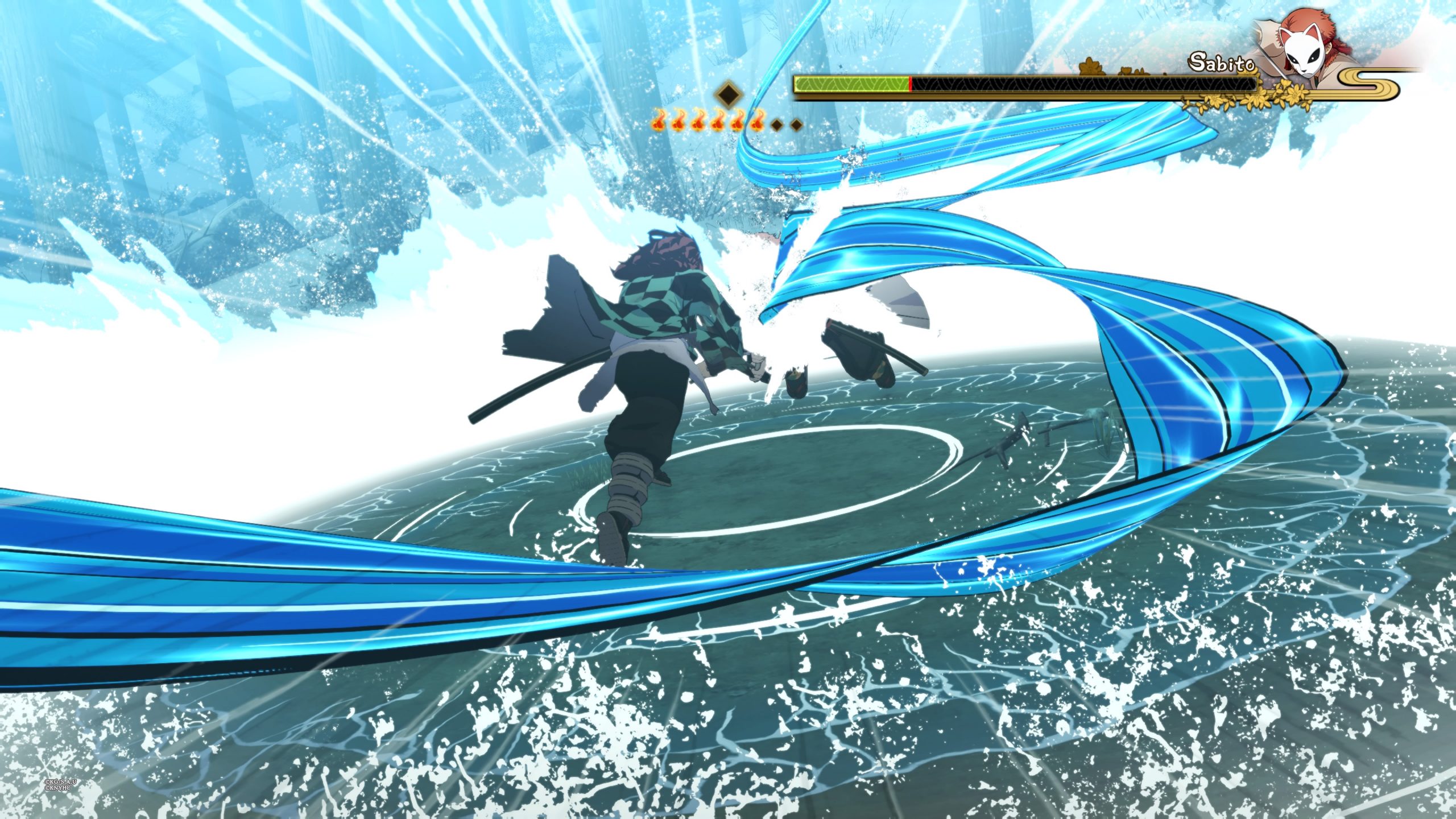 Let’s move on with a game

The Hinokami Chronicles covers only the first season of the Anime series and ends with the Mugen Train movie. The game is full of nice cut stories from Anime, which will help you to catch up on it if you haven’t got a chance to watch anime series, but let’s be honest, first who got to play the game are Kimetsu no Yaiba fans.

The beginning of the game focuses on Tanjiro’s training, basically his first fight with Sabito, and this summarizes the Prologue. We have yet to find out how to get back to the main menu, spend time watching Memory Fragments – moments from Anime that you can unlock through the game.
The whole game is divided into chapters, you’re unlocking them by finishing the previous one. It is a simple and neat way of going through some of the story elements as well as through locations and fights.

When you end up going through a location you get a chance to walk freely – almost freely as there are some limits. You can’t go close to many objects, you can’t go behind some buildings, but no worries, this doesn’t limit your game experience. You still have a lot to do. You get to collect Memory Fragments [when you pause a game, you can watch them from the list within the menu], plus you get to collect Kimetsu Points – you can use them to unlock reward panels with some graphics.

Whats about all of the game mods 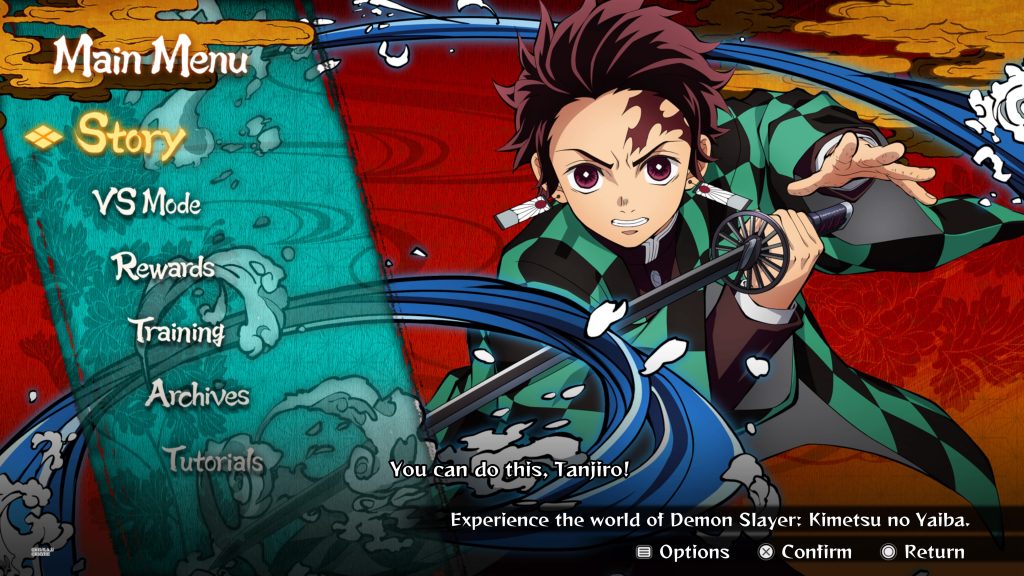 Story
Explore the world of Demon Slayer: Kimetsu no Yaiba – The Hinokami Chronicles
Go from chapter to chapter, discover everything that Tanjiro encounters, meet his friends and enemies, defeat the mass of demons and discover all the secrets you can learn about the world of Kimetsu no Yaiba.

VS Mode
Battle against other players in offline and online matches.
There is plenty of options for you but remember to unlock all of your characters and maps.
Online mode is quite interesting because you have a profile that you can slightly customize, like in most of the games these days. Update your Slayer ID with avatars, slogans, backgrounds. You can even check people with who you’ve been playing.
At last, quickly about mentioned online mode. Sometimes you can be met with lags, those can destroy the fun of an online experience. There are moments when you can overcome them but sometimes they are completely against you.

Rewards
Check what you’ve unlocked through the game with the use of Kimetsu Points. Check image boards, unlock more elements and finish them.

Training
If you ever struggle with how to fight against your opponents or want to train the moves of your favorite characters go and check training mode as here you can find experienced instructors, always waiting to help you.

Achieves
Want to check all of your obtained rewards? This is your place to go. Want to know more? You have to unlock them and check there.

Tutorials
Through the game, you’ll find a lot of tutorials on how to play game, how to get some rewards, and more. In tutorials, you get to check them again.

Options
Here you can adjust all of the game settings, enable the Japanese language, enable subtitles or stay with English voice settings. Adjust your camera, controller, sound, and display settings.

If you ever struggled with games like Guilty Gear, Ninja Storm 4, or even DOA because their combat system was too complex, no worries as you’ll pick up Demon Slayer: Kimetsu no Yaiba – The Hinokami Chronicles very quickly, the game battle system is easy to learn.

The Battle system is similar to the one you may know from Naruto games, but of course, with some changes – all characters share similar attack series, there are light, heavy attack,s and breathing techniques. What does this mean? no range attacks and all characters wield some weapon.
For defense purposes you need to learn how to block and dodge attacks, you can also perform breathing techniques within a specific range and time opening during your opponent attack.

There are more strategic opportunities within this game compared to other CyberConnect productions. Additionally, special Ultimate Techniques will bring some Art into your fights.

I could speak a lot about graphic but will keep it simple and quick.
Developers, Designer, and Animators did a good job on this title. I rarely speak about this stuff in that way but some cut scenes are made directly on the game engine and don’t need to be animated externally – kudos for reproducing the anime style.

Memory Fragments on the other hand are in a nice comic style and narrative voice. So don’t expect that to be cutscenes from the Anime. 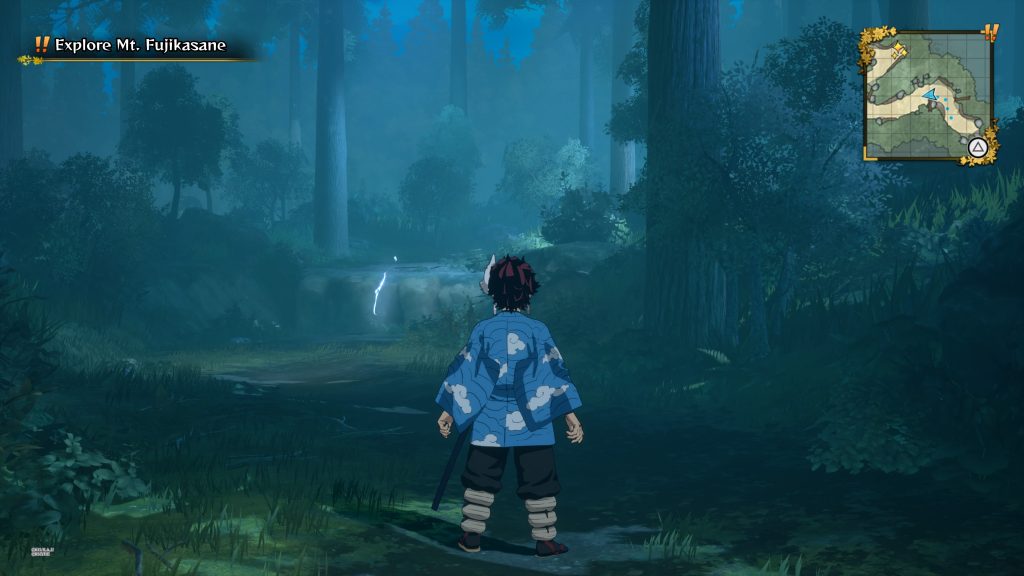 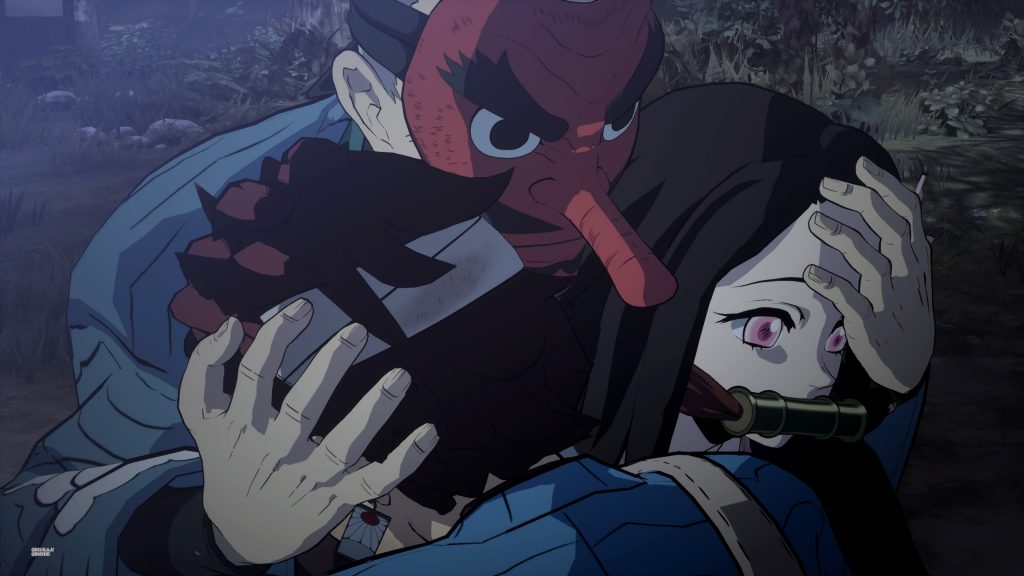 Demon Slayer: Kimetsu no Yaiba – The Hinokami Chronicles is a really good game for every fan. If you ever wanted to play as your favorite heroes, now you have a chance. The game has an interesting way of telling the story fulfilled with many opportunities to stand against many enemies.
Although I’m missing some stuff like a way to run on a map instead of walking fast – in my opinion, there should be a way to go faster as Tanjiro, but looks like developers decided to go with a more Anime related style. But let’s be honest this is my personal opinion and some people may like that style.

Besides all that I mentioned – I can say that “I recommend this game“.

Summary
If you find some of the fights barebone and repetitive at some point don't worry about it, you're not alone. But honestly, this is some standard with CyberConenct games, let's focus on the story because this is where the game shines and highlight well-known moments. If you found Manga or Anime emotional, you will experience those moments within a game, as the developer brought nice animation and cut-scenes - there is sadness, happiness, bravery, and fun.
7.5
Good 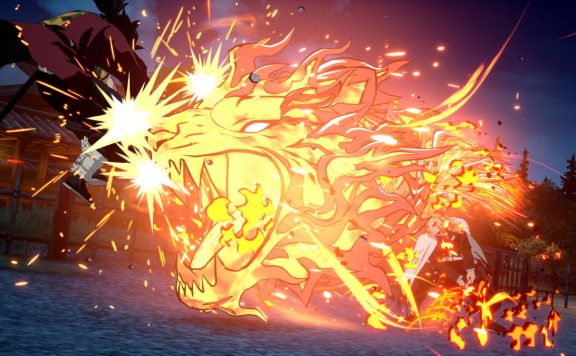 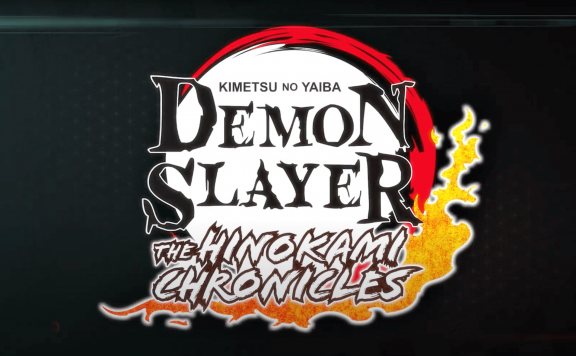