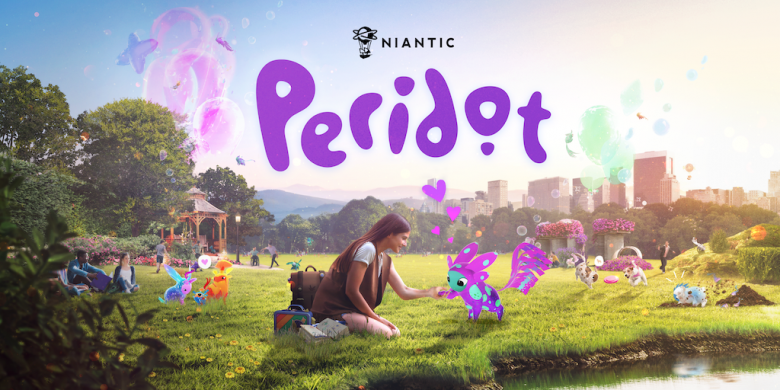 If you play “Pokemon Go” you have to know who’s Niantic, the developer behind the most popular mobile game.

But what’s a “Peridot”? It’s a newly announced game from Niantic where we get a chance to explore the world with adorable pets. As announced it will be a real-world AR mobile game and original franchise.
We get a chance to care for, breed, and raise new adorable creatures.

Let me be honest, this looks really nice and Peridots look like sweet creatures. But at the end of the teaser, I have a feeling like walking Peridot is based on Eevee or Umbreon from Pokemon Go (they have similar movements).

After thousands of years of slumber, Peridots (or Dots for short) are waking to a world vastly different from the one in which they used to roam, and they’ll need our help to protect them from extinction.

Niantic promises that we get infinite possibilities of Peridot archetypes. Where some of them can resemble our favorite animals like cheetahs, unicorns, dragons, and more!

Like every Niantic ar game, you’ll need to move from the couch and walk if you want to start an adventure, discover new Peridots, uncover helpful items, and at the same snap some photos and videos [sounds like an interesting feature] to track all of your memories with new virtual pets.

A game will be entering a soft launch testing phase soon, but so far no date has been offered.
Everyone interested can pre-register on the official Peridot website.

Written by
OtakuGuru
Blogger, Gamer, YouTuber, Otaku, Poke-fan, Nintendo addict. Happy husband and proud father. Sharing knowledge and passion with everyone. If you have questions related to website please visit contact page.
Previous ArticleLive-Action Whisper of the Heart to release in OctoberNext ArticlePokémon: Hisuian Snow will have its premiere on May 18th, 2022